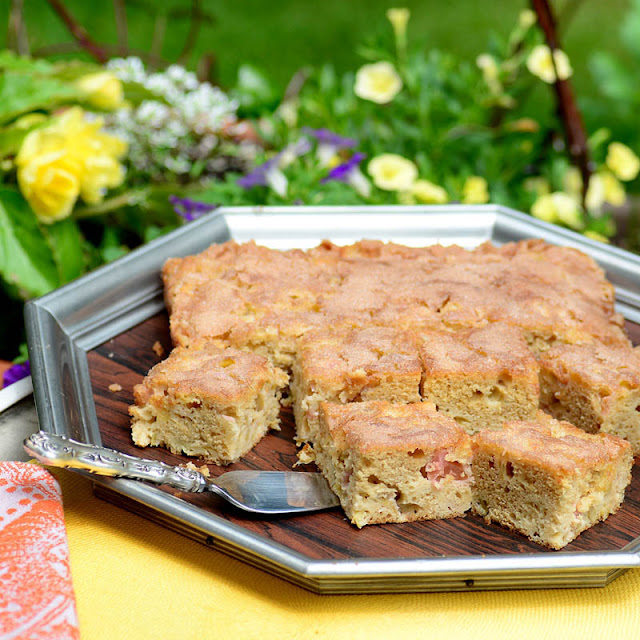 Where, oh where did June go?  One week left and I can hardly believe it.  It’s been a hectic, somewhat stressful time here at Savoring Time but not in an awful way…unless you count jury duty as awful 🙂  Yes, I was summoned to appear at the Milwaukee County Courthouse for jury duty last week on the first nice day we had in almost a week.  Each time a list of 30 names was called for a jury panel, I held my breath.  Eventually, I made it through the long day without being called and had fulfilled my obligation.  But, not without coming down with the most awful chest cold I’ve had in several years.  Down.For.The.Count sick for several days and am still not quite 100% but getting there.


If you ever get summoned for jury duty, please be sure to have a movie or two downloaded on your device, if you have one.  Or, at least bring a book or two to read.  The day can be very long and boring if you aren’t called for a panel.


In addition, my husband and I bought a very small investment home at the beginning of June.  This means I am the paint color, flooring, cabinets, countertops, appliances, light fixtures, and (just about everything else we need to purchase for the house) researcher and selector!


That is why this recipe has been in draft mode since June 3! 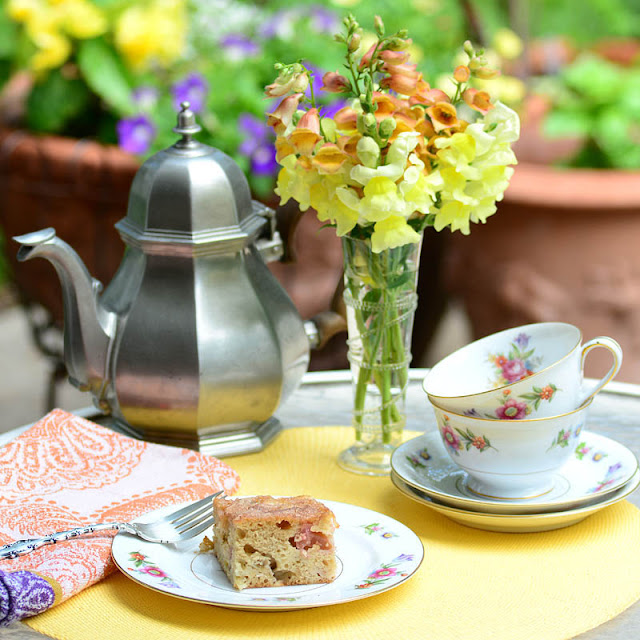 Although it may not be the prettiest rhubarb cake, it makes up for it’s humble appearance many times over in the taste department! It has a very moist crumb due to the sour cream used in the batter.  Topped with a plain cinnamon sugar, I made quick work of several pieces during and after taking these photos  🙂


This recipe was given to me by my niece, who got it from a fellow teacher who shared it in the teacher’s lunch room. 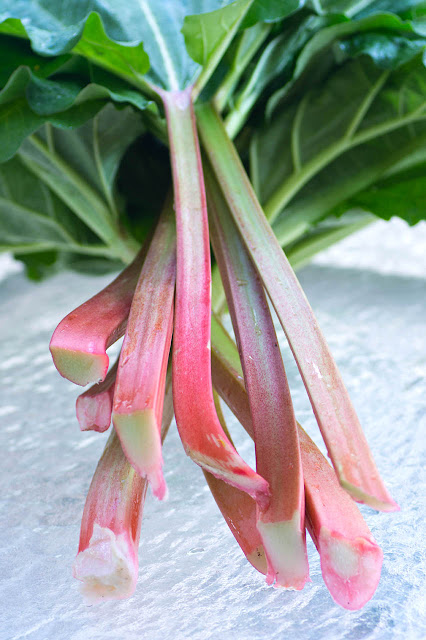 Did you know that the earliest recorded rhubarb cultivation was in 2700 BC China?  It was originally use for medicinal purposes only (a purgative).  The word spread through Marco Polo and the first European cultivation was in Italy in the early 1600s and then about 30 years later in England, where it was also first used medicinally.  In the late 1700s there was the first recorded instance of rhubarb used as a food in Europe, mainly as a filling for pies and tarts.  Around 1800, the first American rhubarb was cultivated by a gardener in Maine who obtained root stock from Europe.  He introduced it to other growers in Maine.  Rhubarb spread quickly throughout the Northeast and Midwest as sugar became increasingly available. 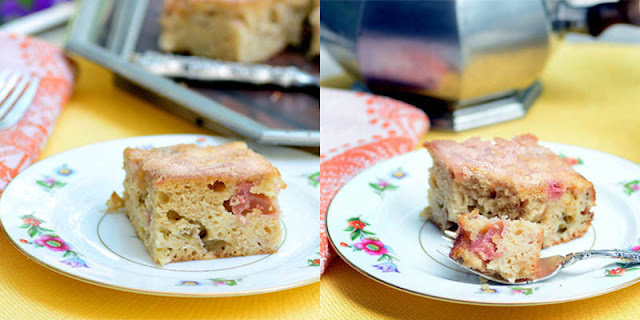 In the last 3 weeks, things have come and gone in the garden…although I am still able to pick rhubarb 🙂 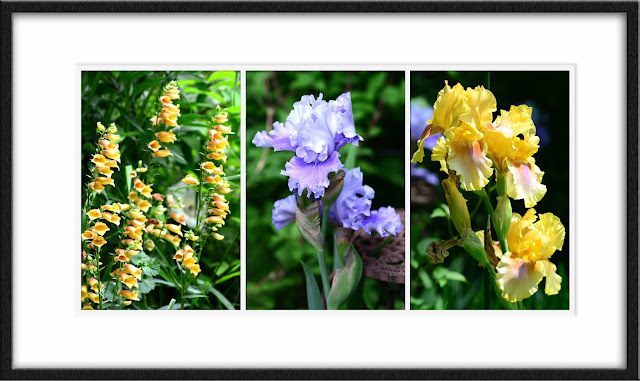 The containers are finally starting to fill out.  Yellow, Purple, and Blue are definitely the colors of summer here. 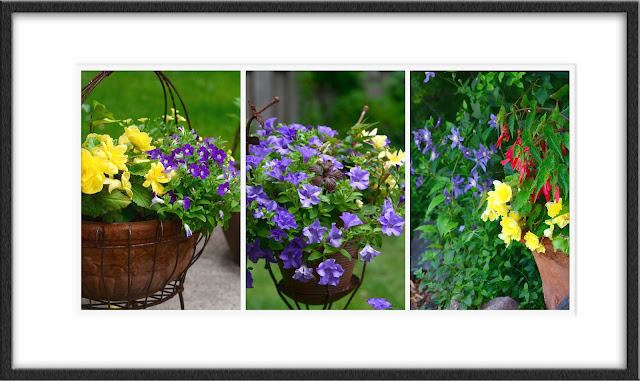 
Note: I reduced the original recipe by about one-third and used a 9 x 9 inch pan. My amounts are in parentheses. If you make the full recipe, please use a 9 x 13 inch baking pan.


Combine sugar and nutmeg (or cinnamon) and sprinkle over top of cake batter. Bake for 40-45 minutes. Cool and serve with whipped cream or vanilla ice cream, if desired.